‘There is no disputing the technical facility of James Turnbull or the warm, sensitive pianism of Libby Burgess’ (Stephen Pritchard, Observer)

‘This CD is framed by arguably the finest ever recorded versions of Rubbra’s magnificent Sonata and Vaughan Williams’ Six Studies in English Folksong… I have little doubt that this new performance will become the benchmark recording…’ (David Jennings, Music Web International)

Both discs are released on Champs Hill Records. 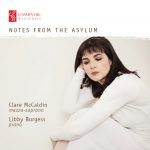 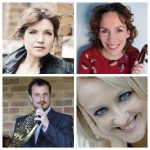