Rebecca Clarke’s haunting music has in recent years begun to achieve the recognition it deserves: her spine-chilling Seal Man and eerie Lethe amply demonstrate why. Judith Weir, Master of the Queen’s Music, displays her Scottish heritage in the folk-infused setting of the Gaelic Song of a girl ravished away by the fairies in South Uist.

American composer Juliana Hall is a prolific composer of vocal music, whose songs have been described as “brilliant” (Washington Post) and “beguiling” (Times); we are honoured to be presenting the premiere of her monodrama for mezzo-soprano and piano, Godiva. Outstanding violist Sarah-Jane Bradley joins for impassioned and richly rewarding songs by Bridge and Brahms, while Clara Schumann’s Lieder gems are represented in this her 200th anniversary year. 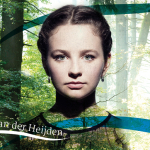 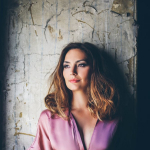