Winner of the 2012 BBC Young Musician of the Year Competition, Laura van der Heijden has continued to impress critics and audiences, most recently with her debut disc of Russian repertoire, ‘1948’, which won an Edison Classical Award as well as Newcomer of the Year at the BBC Music Magazine Awards.

Rachmaninov’s passionate sonata takes centre stage in this programme, showing the composer’s glorious gift for melody perhaps more tirelessly than any other of his works, as well as his exhilarating virtuosity. Written in 1901, shortly after his second piano concerto, the sonata is inextricably linked to his recent struggle back to health following a nervous breakdown: turbulence, heartbreak, and the ultimate release of triumph and beauty are all in evidence.

Poulenc, too, was a melodist through and through, and the cavatine from the sonata for cello and piano is luminous and heartfelt. By contrast the outer movements display an exuberance and humour; the two sides of the composer’s personality were described by a contemporary critic as ‘the monk and the rascal’.

Whilst much of Schnittke’s music is considered relatively experimental and complex, he was also fascinated by music of the past, and this charming suite – collating movements he’d written for film scores – is written beautifully in the style of the baroque. 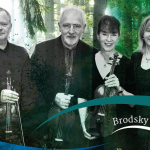 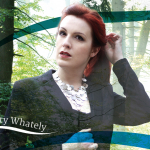