Riders to the Sea / Curlew River

Riders to the Sea / Curlew River

As a development of its customary performances of operatic scenes with piano, Royal Academy Opera presents two one-act operas united by the tragic theme of the loss of a child. Vaughan Williams’ 1927 opera Riders to the Sea, based on the play by JM Synge, is the harrowing story of a mother, whose five eldest sons have already been lost at sea, and her youngest son Bartley, who drowns as a result of a riding accident.

Britten’s Curlew River, the first of his Church Parables, was inspired by his seeing Japanese noh theatre; and tells of a madwoman seeking her missing child, only to discover as she crosses the Curlew River that the boy died here a year ago. 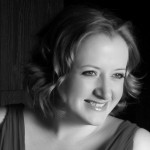