This great string quartet – a worthy successor to those of Beethoven – was composed in 1824, the year Schubert realised that he was dying. It takes its name from a Schubert song depicting a dialogue between a young woman and Death; the song’s theme forms the basis for the quartet’s second movement, but bleakness and foreboding pervade the entire piece. A performance of the song will precede the quartet, whose movements will be interspersed with readings. 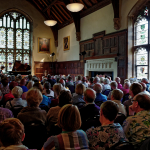 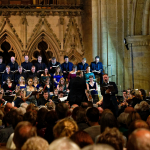