Warning: this recital of American music will be fun! The main work, Bernstein’s Arias and Barcarolles, pays tribute to the European art song while simultaneously parodying it. According to conductor and Bernstein collaborator Michael Tilson Thomas, “it says far more eloquently than words what he [Bernstein] was like”. John Musto’s short and simple bluesbased songs are by turns lyrical, haunting, elegiac, cool and humorous. Nico Muhly’s love for drones began as a kid when he enjoyed singing along to the vaccum cleaner. 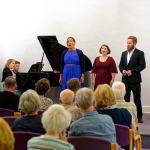 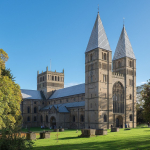