“You two did an extraordinary job of meeting singers/actors at a bunch of different levels and giving us the right coaching. It was just what I needed.”

“The coaching and acting sessions were gold.”

“I really do think I’ve taken away a huge amount, because of the fact that you are both such excellent teachers and generally wise people, and also because of the way you made the sessions feel like safe places to experiment.”

Joe Austin and Libby Burgess are offering a series of one-day courses for professional and training singers. The workshops focus on the development of character in arias, and how this plays out in musical and dramatic terms. Joe and Libby have worked together as Director and Musical Director for five years, on productions ranging from Britten’s The Prodigal Son and Mendelssohn’s The Homecoming for Ryedale Festival Opera to new work by Stephen McNeff at Tête à Tête Festival and the Linbury Studio. They regularly coach together and have run a residential course focussing on similar work.

This course offers participants the opportunity to work with both a music and drama coach in tandem, who complement each other’s advice and offer a holistic approach to the material being studied. Throughout the day singers have the opportunity to learn from others as well as performing in a relaxed and safe environment, where they are encouraged to try things out.

Up to six participants receive detailed coaching on an aria of their choice. The focus of this can be tailored to each singer’s needs; whether preparing for audition or for singing the role, this provides the chance to explore character work in action, engaging and holding dramatic tension, and the dramatic structure of an aria. The day also involves some group work, where singers are encouraged to engage with and learn from each other’s work; the day culminates in a round-up of what has been learned.

Check back for the next set of workshop dates.

Joe Austin has been working in opera and theatre for the last ten years. He is an experienced director, associate director and assistant director who has worked at companies such as ENO, Opera North and The Old Vic. He has been a coach for the last four years, directing scenes and giving individual coaching sessions. Joe’s approach is to encourage singers to think as actors, building their character and thought-processes which mould and shape the scene. 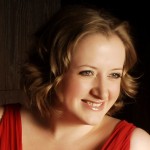 Libby Burgess is a sought-after coach and accompanist, working with singers from established professional to developing student. She has given recitals at the Wigmore Hall, St John’s Smith Square, the Aldeburgh Festival and the Oxford Lieder Festival, and has broadcast on Radio 3. As much of her work lies in song, her natural interest is in the text, and the way that the composer’s setting and individual singer’s voice combine to put that across. Libby also has a wide range of operatic experience, from conducting Ryedale Festival Opera productions to chorusmastering a Peter Maxwell Davies world premiere, to playing continuo in the pit and being an experienced répétiteur.